Beirut is a "small" city easy to understand and is easily on foot or by taxi service. Walks, obviously more ideal when temperatures are not too high (spring and autumn), nevertheless remain pleasant all year round. Here are some ideas of walking tours that allow, the time of a weekend, to take a good general idea of the Lebanese capital. 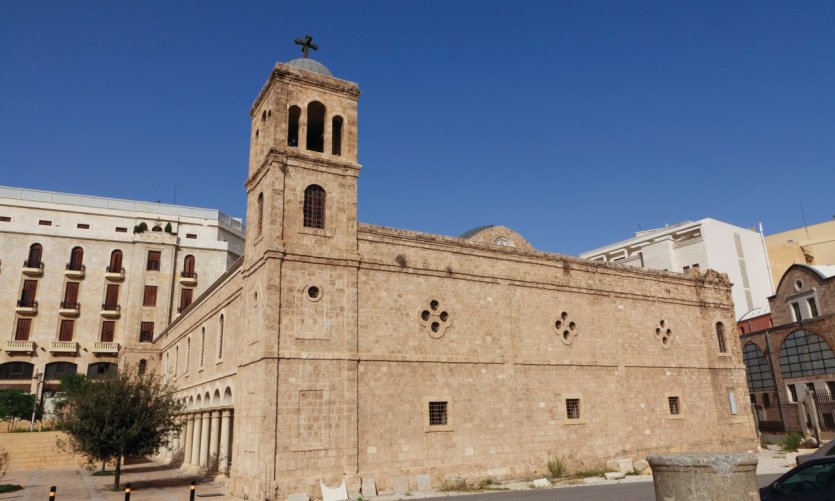 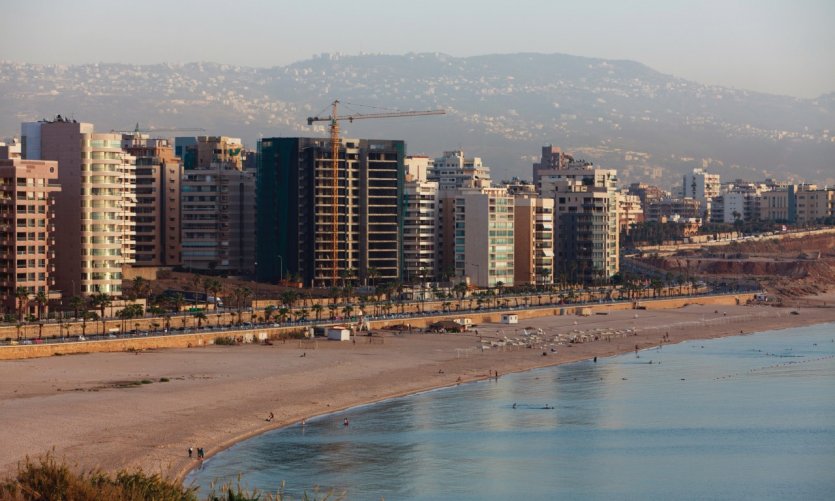 Details of the stay: Discovery of Beirut - 3 days

Day 1 : The Hamra district and the waterfront

We suggest that you start your first day in the iconic Hamra district, to the west of the city. In this business district that is constantly swarming, watch the comings and goings of the residents on the terrace of one of the many local cafés, discovering local news in the pages of the French-language daily L'Orient-Le Jour, on sale at the Antoine bookstore. Then venture into the alleys, lose yourself, chat with the shopkeepers, observe the modern buildings that line the dilapidated façades. This is the spirit of this district, which contrasts sharply with Beirut's highly sanitized city centre. Later in the morning, discover the only green area in the area: the campus of the American University of Beirut (AUB). From Hamra Street, head north via Jeanne d'Arc Street or Abdel Aziz Street, to Bliss Street. The university's archaeology museum is worth a look. Located in a building dating from the early 20th century, it houses a rich collection of objects dating from prehistoric times to the Islamic period. Take the time to stroll through the gardens of this vast campus that offers a beautiful view of the sea. A haven of tranquility that would (almost) make you want to become a student again! From the AUB, you can continue towards the waterfront: the cornice. A wide walk along the coast of Ain el-Mreissé to Ramlet el-Baïda beach. To see: the joggers of the cornice, the last small fishing ports of the city, the rare fishermen tirelessly patient or even the divers who make the show by performing various more or less dangerous acrobatics. You will pass through the Manara district with its old black and white lighthouse. At its feet, the pink house is in an advanced state of decay.

The climb to Raouché deserves a little effort. But once there, you will be captivated by the beauty of the Pigeon Cave. Ideally, it should be there at sunset. From Raouché, the cornice goes down to the only public sandy beach in the city: Ramlet el-Baïda

Where to dine? From Ramlet el-Baïda, it is easy to reach the Hamra district by taxi service (LBP 2,000 per person). After discovering Hamra by day, it is Hamra by night that is open to you: bars, Lebanese restaurants, live concerts and cafés where you can smoke hookah... There is no shortage of opportunities to enjoy a good evening!

Why not start this second day with a visit to downtown Beirut? First stop: the imposing El-Amine mosque overlooking the famous Place des Martyrs. Adjacent to the mosque, the cathedral of Saint-Georges des Maronites and its imposing bell tower. Then on the right, the amazing archaeological site of the Roman thermal baths, built in the 1st century. You then enter the new city centre itself with its wide pedestrian walkways and the place de l'Etoile. Once very lively, this district, which houses the Parliament, is now completely deserted. As you descend to the sea, you will pass in front of the Omari Mosque, which was tastefully restored at the end of the war. Then straight on, you will arrive in the souks of Beirut, an outdoor shopping centre with its dozens of pretty shops and cafés-restaurants. The parallel streets, including Foch Street and Allenby Street, are home to many international luxury brands such as Dior and Louis Vuitton. Once your window-shopping session is over, head west to the Minet el-Hosn district with its many towers under construction. You arrive further at the foot of the carcass of the former Holiday Inn hotel. Its facade, riddled with shell impacts, is a sad testimony to the civil war that ravaged the country from 1975 to 1990. From there, we can then distinguish the marina of Saint-Georges. It was in this area that Rafik Hariri was murdered in 2005. Head for Zaitunay Bay around the marina, a pleasant place to have a drink and watch the sunset by the water.

Where to dine? Either stay in Zaitunay Bay or turn back to the Gemmayzé/Mar Mikhael area, which is full of good restaurants. If you still have some strength, continue your evening in one of the many lively bars in the neighbourhood, and head to the Quarantine sector, at B018, for a wild after-party.

Day 3 : Visit of the Achrafieh district

The last day in Beirut is devoted to visiting the Ashrafieh district. Starting point: the Paul bakery at the beginning of Gouraud Street. In the middle of the street, which still houses some old typical buildings, walk up the 200 steps of the Saint-Nicolas staircase which leads you to rue Sursock, famous for its many palaces of rare architectural richness. Admire the facades of Audi, Mokbel, Linda Sursock and Moussa Sursock palaces, and take a cultural break by visiting the new Sursock Museum. Cross Charles Malek Avenue to take a break in the Saint-Nicolas garden. Then lose yourself in the alleys of Achrafieh which still shelter pretty traditional buildings, especially in the area of Furn el Hayek and along Abdel Wahab el Inglizi Street. Then continue on to the Sodeco crossroads and the famous Barakat house, which has been completely renovated. Then take the rue de Damas, which houses the French Embassy, and make a second cultural stop by visiting the superb musée des minérauxsite, located within the walls of Saint-Joseph University. Further on, don't miss the National Museum. You will be charmed by this small museum on three levels, perfectly illuminated and displaying collections of great beauty. A nice surprise! As you leave the museum, continue your journey to Badaro, Beirut's new trendy district, which houses about 20 bars and restaurants. An ideal place to end this beautiful day of visit!