During these 5 days in Berlin, you will have time to admire the architecture of the German capital while (re)discovering its history. A journey that will take you from Prussian palaces to the modern buildings that decorate the city. 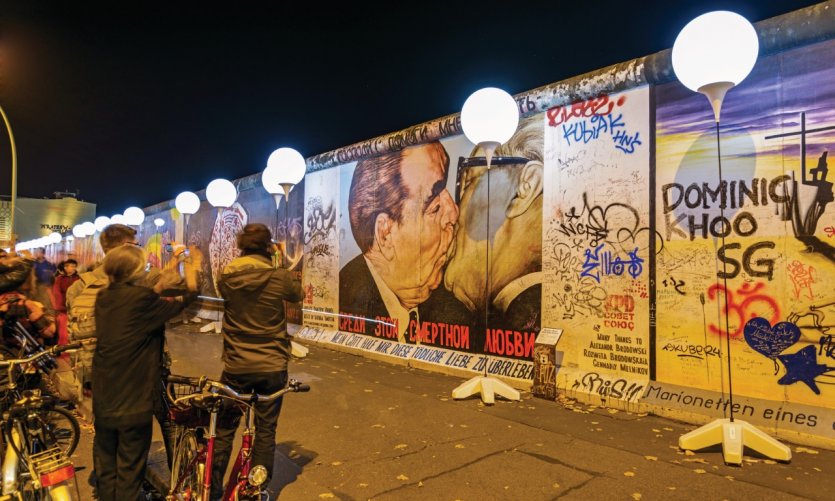 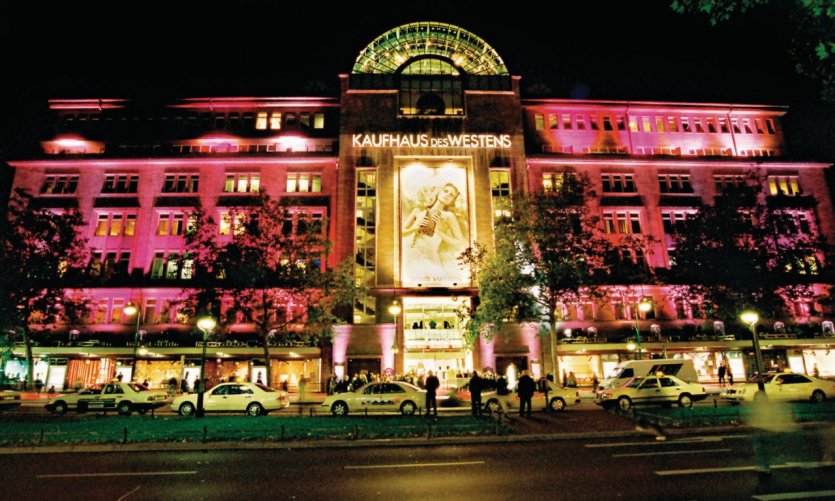 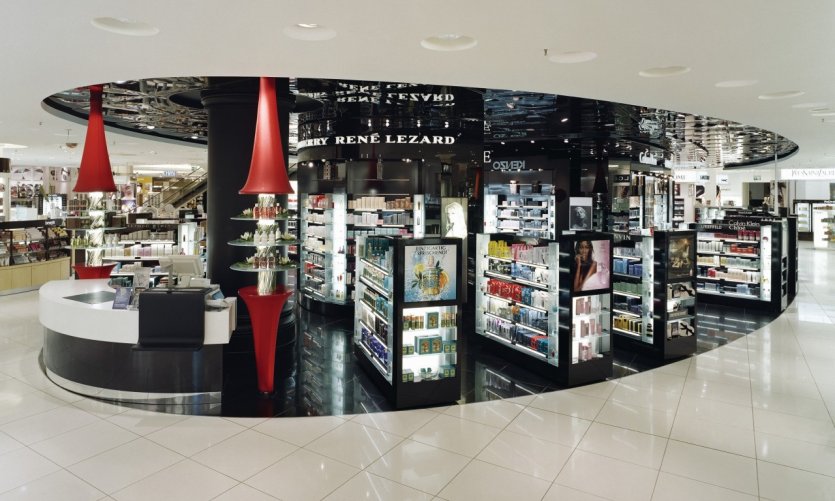 Begin this discovery of Prussian architecture at the U-Bahn Stadtmitte station. You are then a stone's throw from Gendarmenmarkt, considered by many to be Berlin's most beautiful historic square. Here stand the two symmetrical cathedrals, the Deutscher and Französische Dom. Among them, the concert hall, the superb Konzerthaus, the work of the great architect Karl Friedrich Schinkel. Join the former Forum Friedericianum, a large paved square overlooking Unter den Linden. Under Friedrich II's regency, an imposing complex of buildings was planned around the current Bebelplatz. The master builder Georg Wenzeslaus von Knobelsdorff carried out the work, including the construction of a palace, the Prinz Heinrich Palace, an opera house, the Staatsoper, and the Academy Library. Across the street is the Neue Wache, another classic masterpiece by the great Friedrich Karl Schinkel. This former ammunition depot guard post is now a "memorial dedicated to the victims of war and tyranny". The imposing neighbouring building is the Arsenal or Zeughaus, which houses the Museum of German History. Then cross the Spree by the Schlossbrücke, one of Berlin's most amazing bridges, including the work done for the bas-reliefs. You will then reach the island of Museums, home to the capital's greatest museums: the Altes Museum, the Alte Nationale Galerie, the Pergammon Museum, the Bode Museum and the Neues Museum, which houses the famous bust of Nefertititi, in an exceptional architectural creation by the English architect David Chipperfield. If the afternoon is not too late, visit one of these museums. In the evening, admire the illuminated Brandenburger Tor or the Berliner Dom, Berlin's majestic cathedral that stands on the Lustgarten (literally the pleasure garden) alongside the Altes Museum.

Day 2 : The Gründerzeit of the turn of the 20th century

Start this day at the S-Bahn station of Hackescher Markt to discover the district's buildings that recall the turn of the century and Berlin's accelerated urbanization. The urban fabric then became denser, favouring a mixed housing where the courtyards sheltered workshops, factories, dwellings and places of entertainment. If there are so many courtyards in Berlin (Hinterhöfe), it is because the tax was calculated on the surface area of the street front. In Rosenthalerstrasse, take a look at the former Wertheim department store built in 1903 by Messel. Going down the street to the S-Bahn Hackescher Markt station, you can enter the beautiful Hackescher Höfe. In the first courtyard, Kurt Berndt and August Endell joined forces to build a building in 1906 that was organized around a main courtyard with various shops. Its facade paved with Jugendstil mosaics is a fine example of German Art Nouveau. Along Oranienburgerstrasse, admire another example of Hinterhof, the Kunsthof at number 27, then at number 32, a former margarine factory, the Heckmannhöfe. Continue to Rosa-Luxemburg-Platz and the Babylon cinema. Designed during the period of the major housing reforms (1928-1930), this complex of buildings is perfectly in line with the style of the 1920s in Germany, with the predominance of vertical lines and rounded façades at the corners. To end this day, take a walk in the Mietskaserne of Prenzlauer Berg, especially along Rykestraße, Oderbergerstraße, etc.

Day 3 : The post-war period in the West

In the area of the Zoologischer Garten you can admire the former shopping centre opposite the railway station, the Zoobogen (formerly Zentrum am Zoo), a listed building. In 1956-1957, the project was to build a large women's fashion centre, thanks to substantial funding from the Marshall Plan. The nearby Palast Zoo cinema was built in 1957 on the site of the UFA-Palast cinema. Still on the way to Breitscheidplatz, just before the church, you can admire the Bikini-Haus, also built between 1956 and 1957 according to the plans of Paul Schwebes and Hans Schoszberger. Originally, the architects did not plan to add a third floor; the building was divided in its centre by a floor of columns. That's why the Berliners called it... the Bikini! In 1978, the missing floor was added in order to create a new space for art exhibitions. In 2014, the Bikini-Haus reopened after a major renovation and now houses an important shopping complex: bars, restaurants, trendy shops exalting "Berlin's Exceptional" and a luxury hotel, the 25hours Bikini Berlin. On the square, you now discover the famous memorial church, the Gedächtniskirche. The construction in 1961 of this modern building, incorporating the ruins of Kaiser Wilhelm's memorial, caused a great stir. An exhibition is set up inside the ruins. The Europa-Center opposite was built between 1963 and 1965 according to plans by Helmut Hentrich and Hubert Petschnigg. The aesthetics of this monumental shopping centre is highly questionable today, but it was shining at the time with its bold modernism. In the afternoon, hop on the 200 bus to the Kulturforum. Get off at the Philharmonie stop to admire this concert hall with its original architecture and exceptional acoustics (guided tour every day at 1.30 pm, except in July and August). The Kulturforum was entirely built in the 1950s and today houses many museums such as the Neue National Galerie, which hosts renowned temporary exhibitions, and the Kunstgewerbemuseum, the Museum of Decorative Arts.

Day 4 : The post-war period in the East

This day will lead you in the footsteps of an imposing and sometimes icy architecture, the best example of which is the Stalinallee, now renowned as Karl Marx Allee. Start the walk at Frankfurter Tor station with the two minarets that take their cue from the cathedrals of the Gendarmenmarkt. Then drive the few kilometres of the avenue. This pharaonic achievement is undoubtedly the most important testimony to urban planning as it was envisaged in the GDR. This immense boulevard was designated as the first socialist avenue, because it was to invite members of all classes to live together in perfect harmony. Be aware of two buildings whose horizontal architecture made of concrete and glass is strangely charming: the Kino International cinema, at Schlillingstraße station, and the Café Moskau, opposite. The legendary Sybille Café will offer you a comforting stopover on this long walk; it houses a small exhibition on the history of the avenue. Finally, take a look through the windows of the former Karl-Marx-Buchhandlung, a mythical bookstore that is now closed, but which has hosted a literary salon since 2015 (open only on the evenings of events, www.karlmarx-buchhandlung.com). Once you reach Alexanderplatz, observe the work of Hermann Henselmann, the Haus des Lehrers, an imposing concrete tower with a frieze nearly 125 m long, designed by Walter Womacka. It represents the different sciences and technologies valued by the communist regime. The famous Fernsehturm was built between 1965 and 1969 by architects Dieter Fritz, Günter Franck and Werner Ahrand. Finish the walk in the Nikolaiviertel, a slightly kitsch reconstruction of the city's medieval historic heart by the East German government on the occasion of the city's 750th anniversary. Today it is no longer possible to admire the Palast der Republik, completely destroyed, once a fine example of post-war communist architecture. The Palast der Republik stood on the site of the former Berlin Castle, which was partially destroyed by World War II bombardments and then razed to the ground in 1950 by the communist authorities. The controversial reconstruction of the Berliner Stadtschloss began in June 2013, a symbol of an era that wanted to erase the traces of a heavy communist past.

You will spend the morning at Potsdamer Platz and its skyscrapers. The Sony Center buildings are particularly interesting. The canvas roof in the centre represents the Fujiyama volcano, a reference to Sony's origins. They are home to the German Film Museum, the DFFB film school and a few multiplexes. Then you can continue on to the north of the Tiergarten, where you can admire the many embassies of Hiroshima Straße and the surrounding streets, or choose to follow the Ebertstraße to the Reichstag. Stop for a moment at the strange and moving memorial to the murdered Jews of Europe, an impressive labyrinth of memorial stelae. Once you arrive at the Reichstag, stroll along the Spree River to admire the new government buildings and the sumptuous Central Station (Hauptbahnhof), all the fruits of the modern architectural wave of the 1990s-2000.