North America & Caribbean
Under the Florida sun, one month on the roads
All destination ideas

Under the Florida sun, one month on the roads

This is a trip which will surely make you live a complete change of scenery. In a month, you will have time to relax while enjoying the many attractions Sunshine State you can enjoy. Sparkling Miami, fascinating Universal Studios, heavenly Everglades, Keys, qualifiers abound! 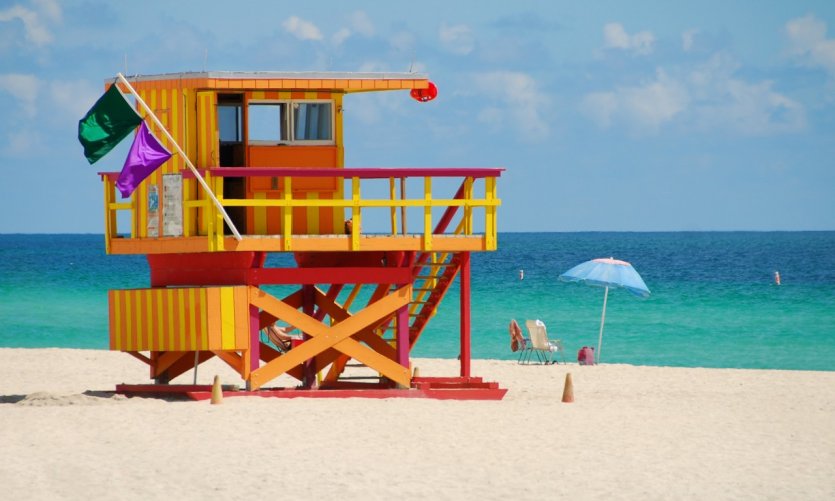 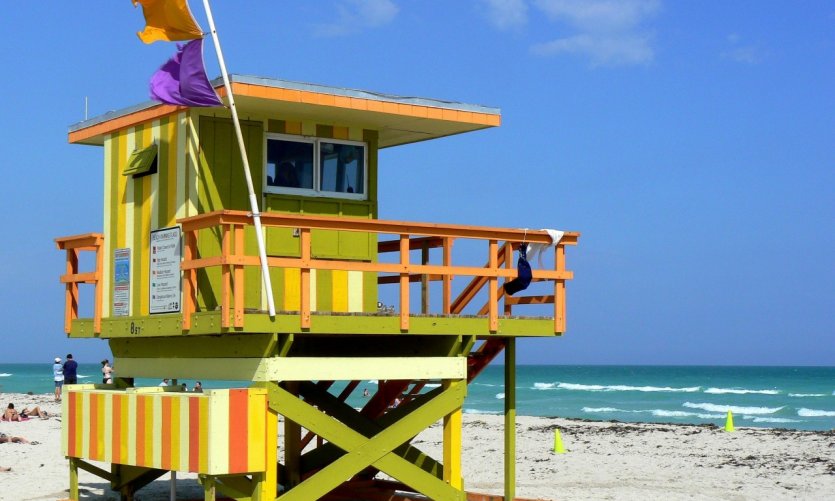 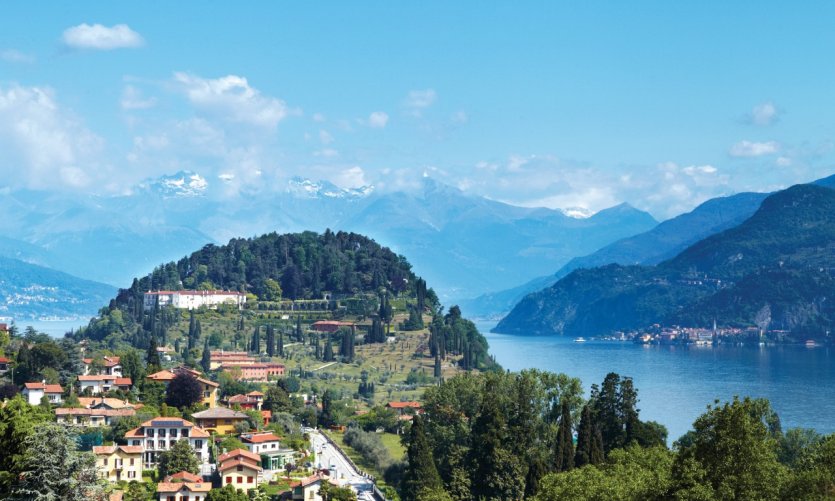 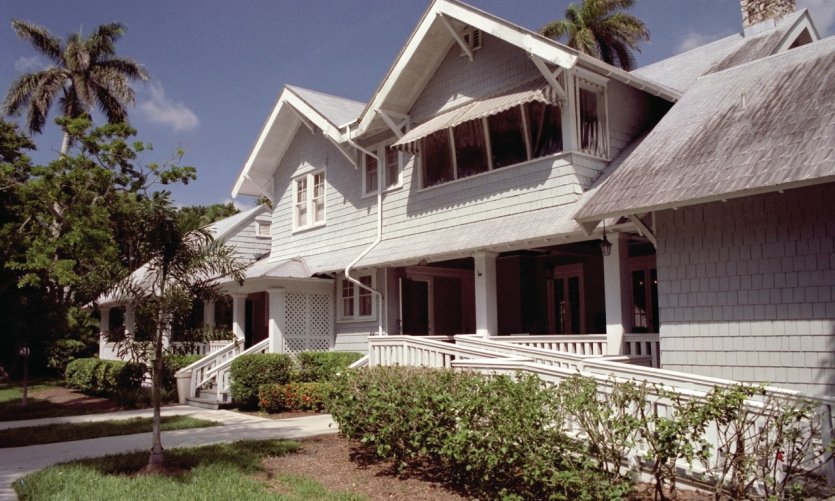 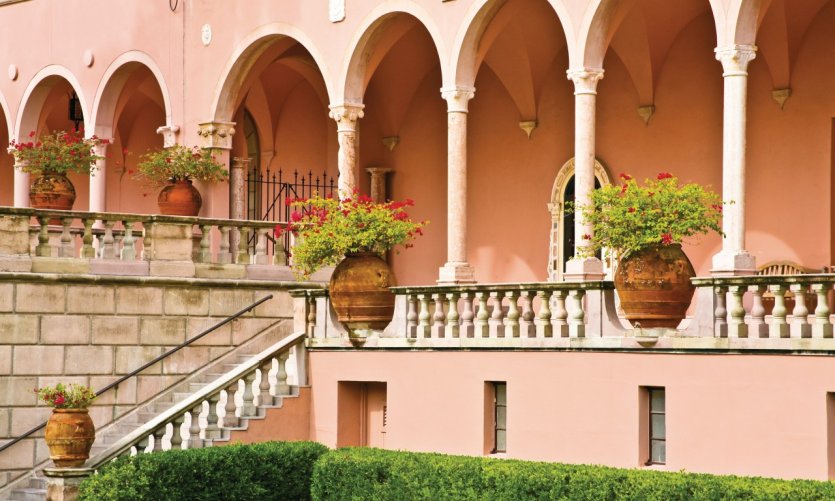 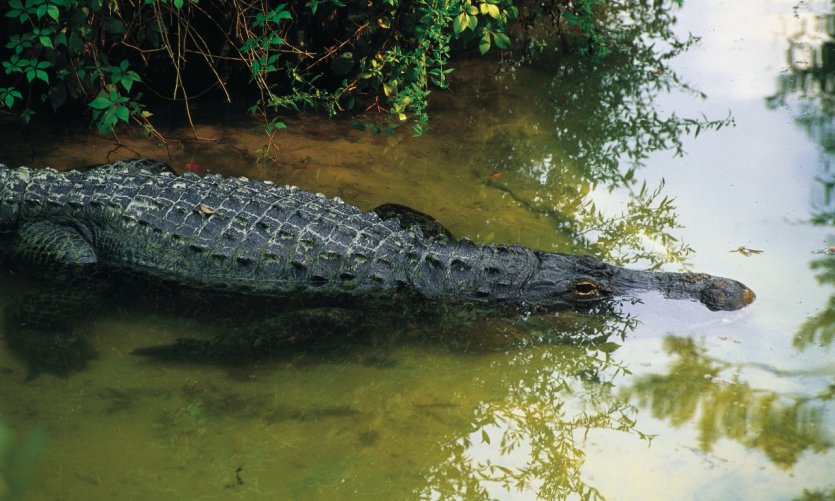 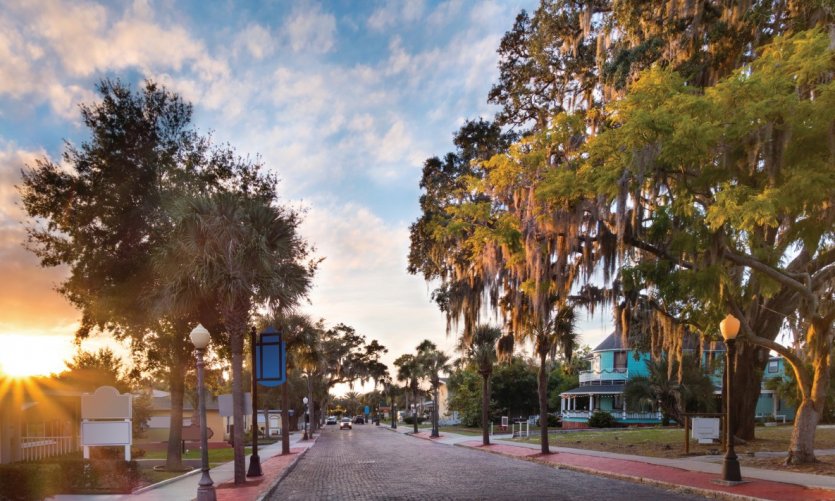 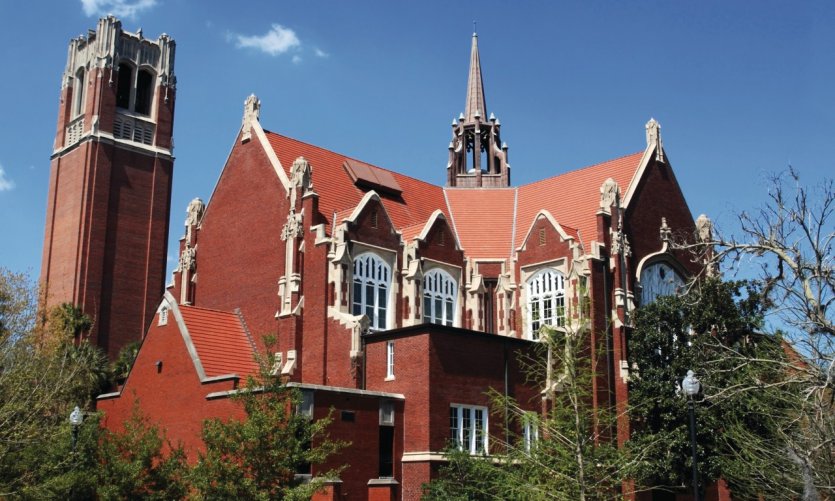 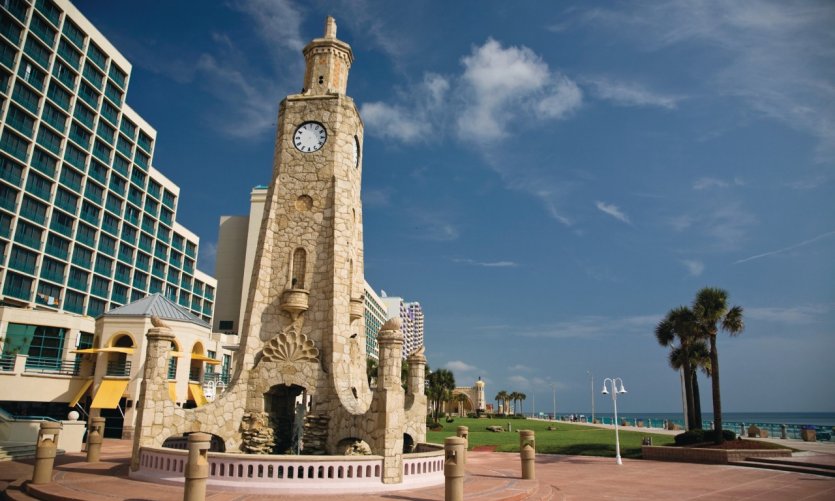 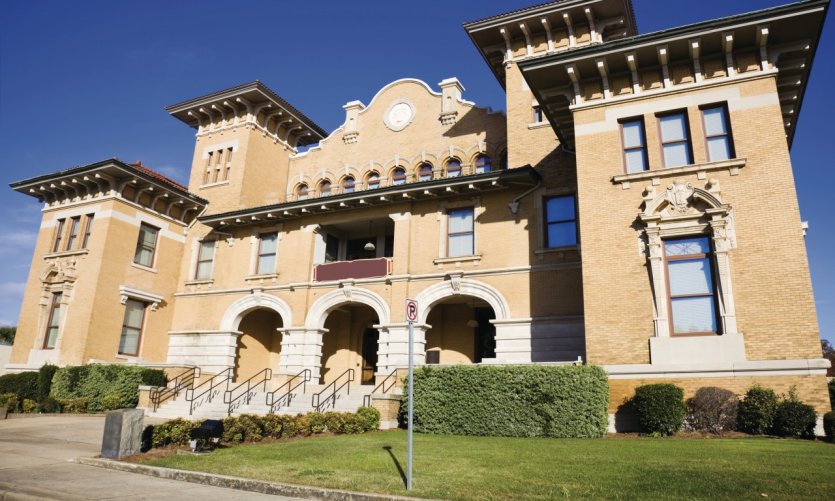 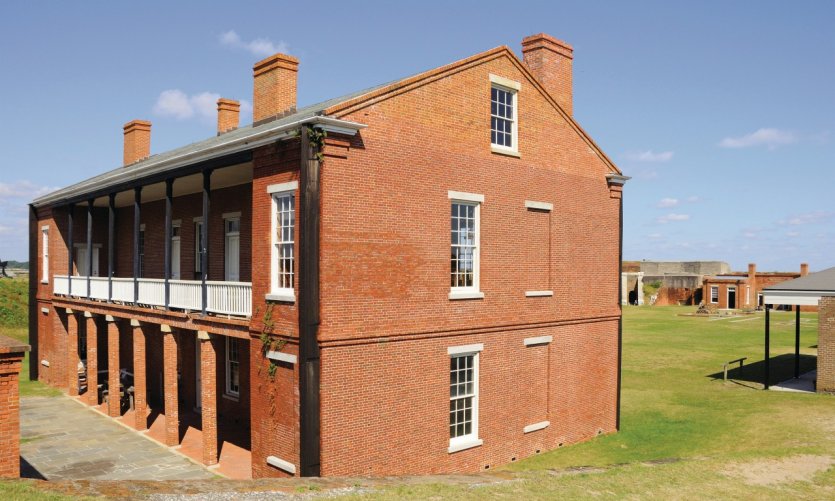 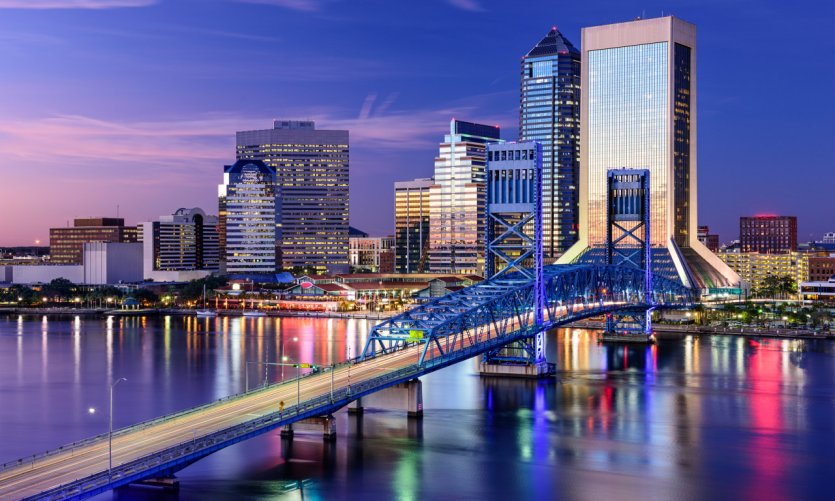 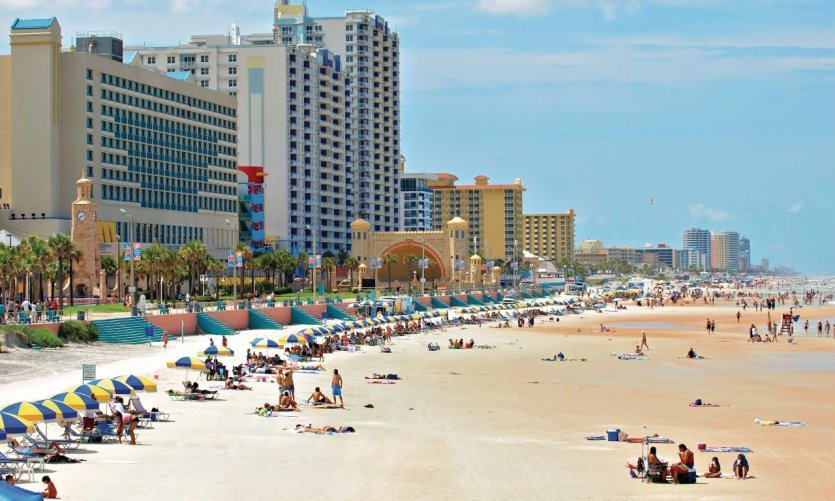 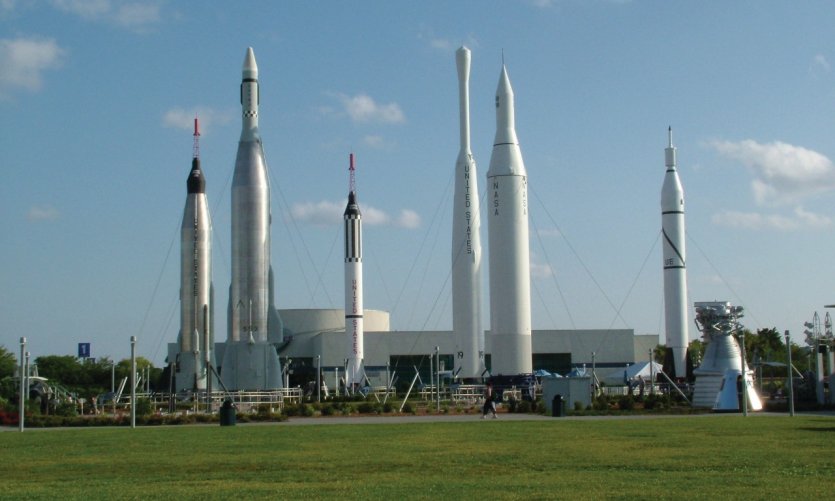 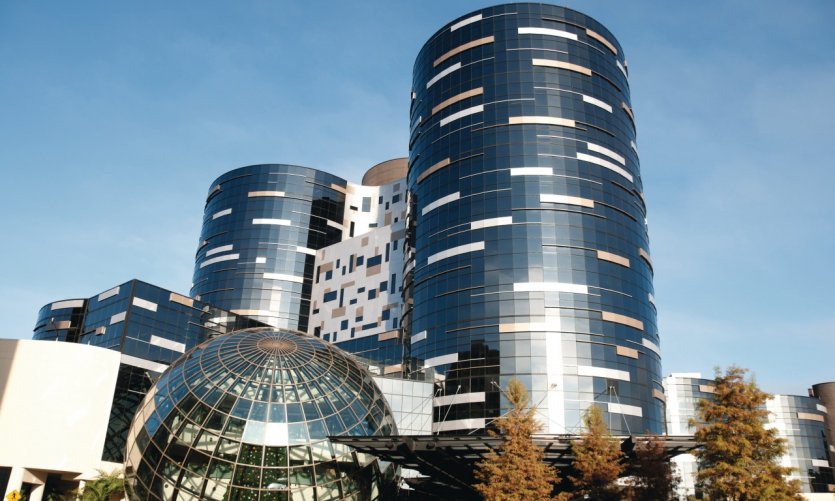 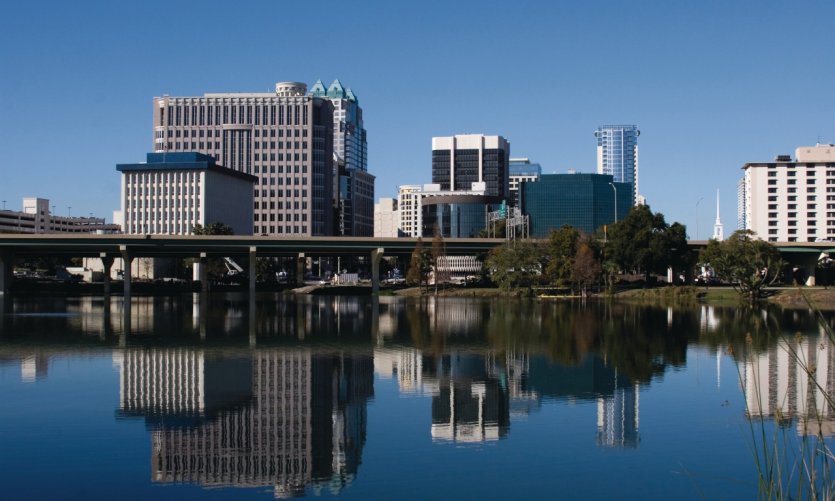 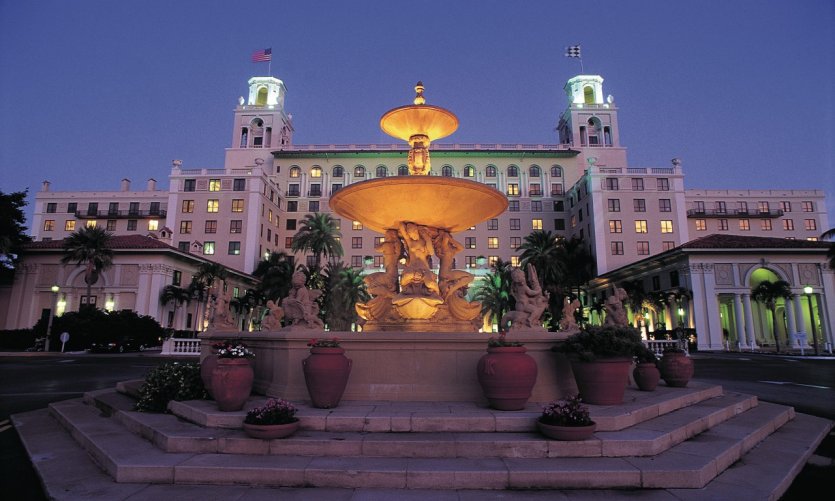 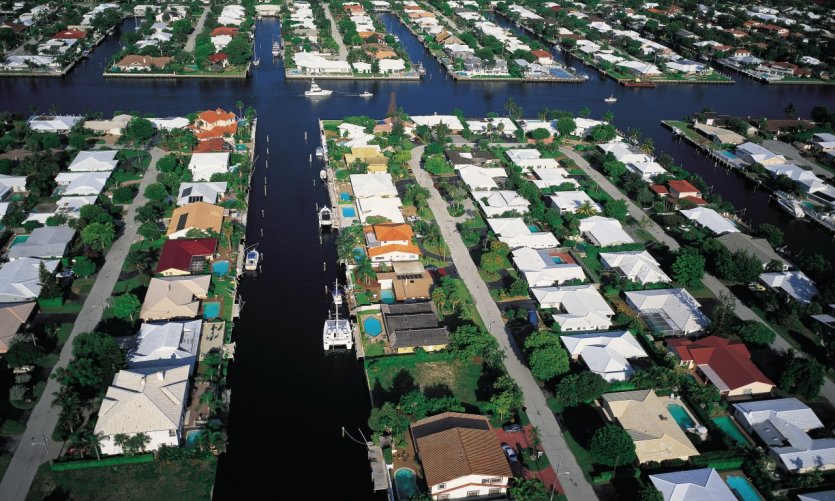 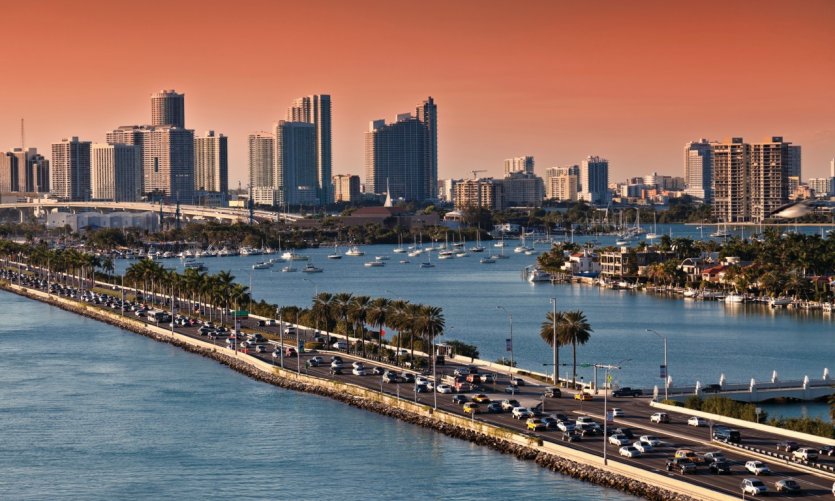 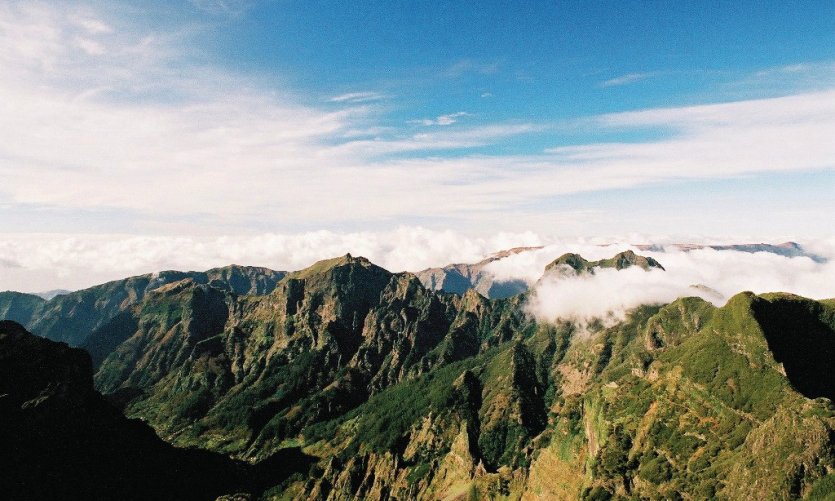 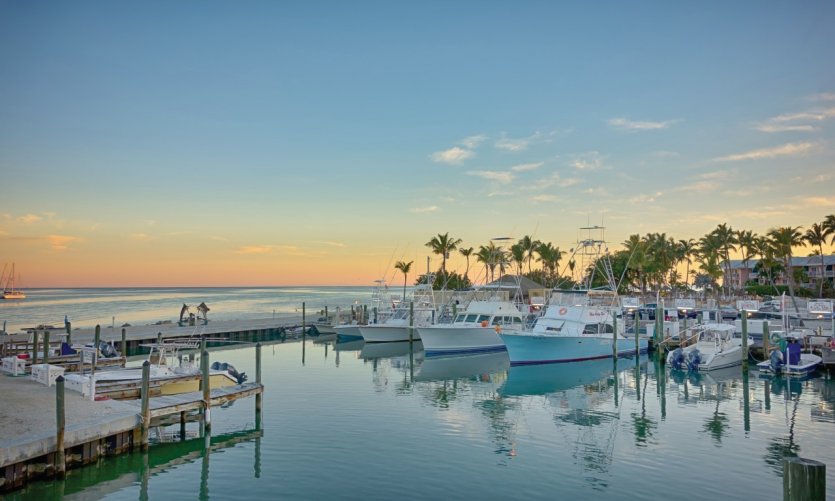 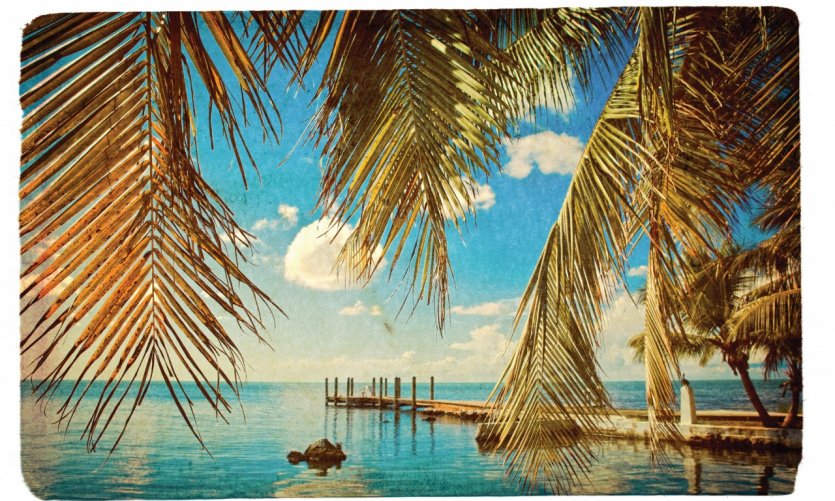 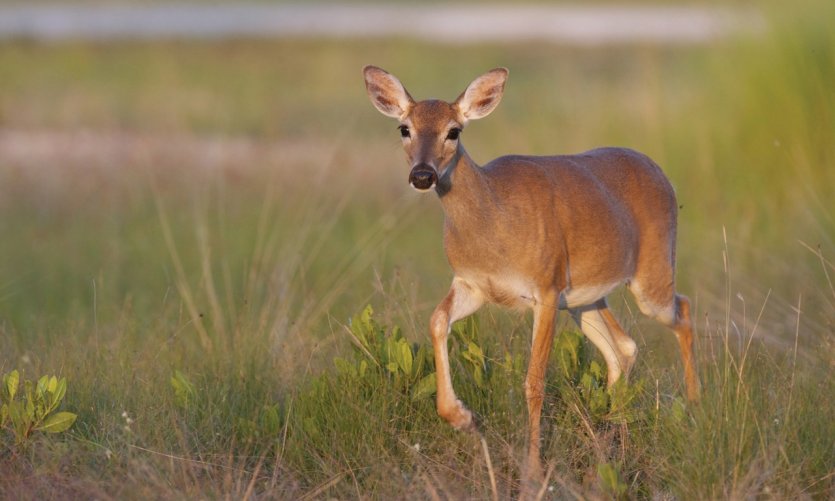 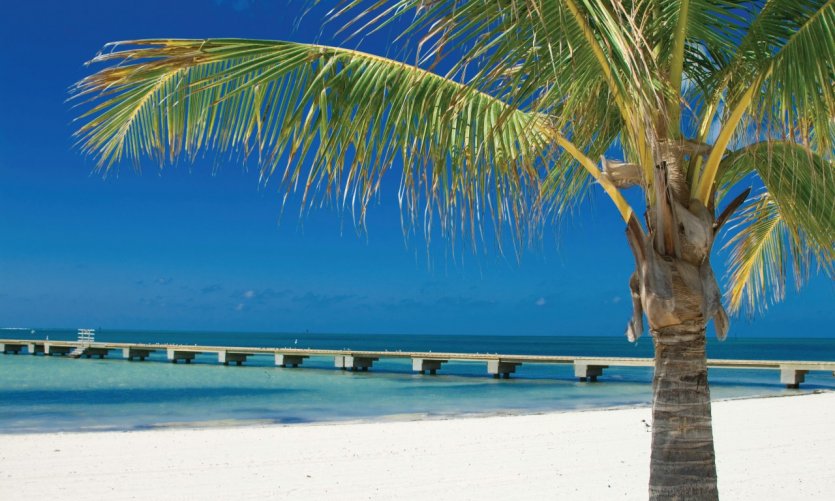 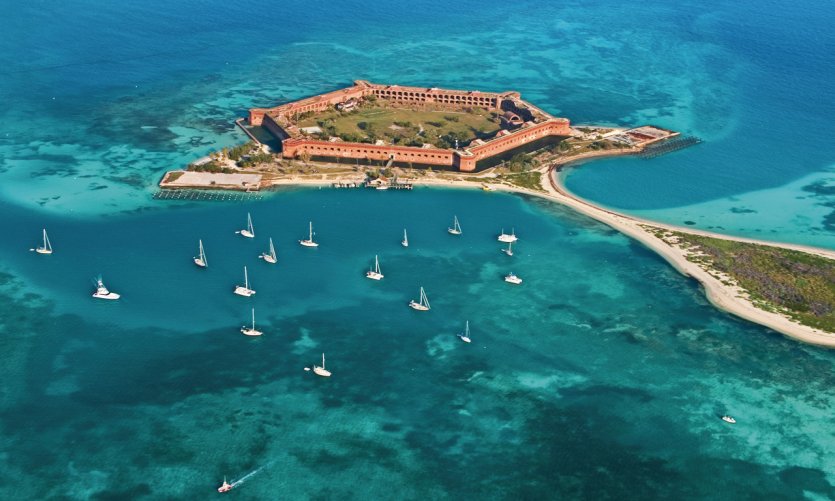 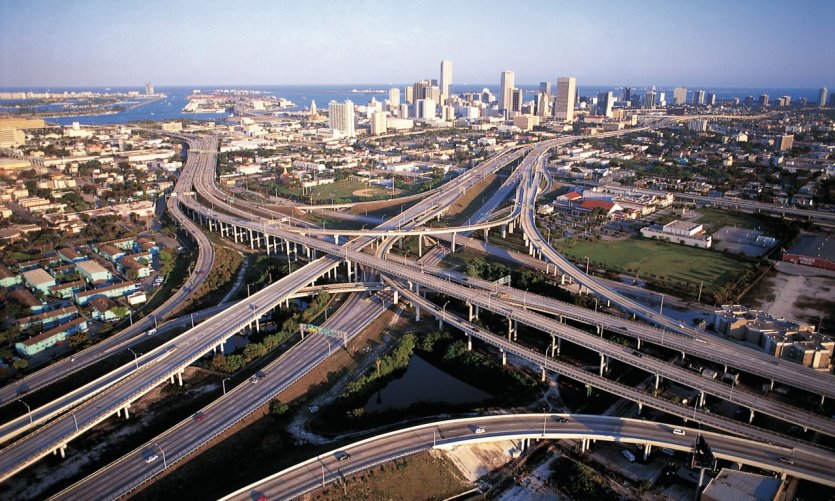 Details of the stay: Under the Florida sun, one month on the roads - 28 days

You arrive late in the day in Miami. Put your bags in Miami Beach and enjoy the festive atmosphere of SoBe for the evening.

You have the entire day to discover this area of Miami, with its Art Deco hotels and its long sandy beaches.

Day 3 : Alligator Alley and the Everglades

Departure on Alligator Alley towards the west coast with a stop in the middle of the Everglades to make a swamp tour. Passage by San Marco Island, a true tropical paradise and the largest of the Ten Thousand Islands. Evening in Naples, a small locality that seduces with its elegance. The architecture and charm of Main Street is like its Italian counterpart.

By continuing your road north, you can stop at Fort Myers, which preserves the many royal palm trees that Edison had planted and the homes which became museums.

You can also stop on Sanibel and Captiva which are two Islands connected to Fort Myers with one road, the Sanibel Causeway. These beautiful sites invite you to relax on the beaches of sparkling white sand or to admire a rich flora and fauna. Shells lovers can observe very rare specimens. Late arrival in Venice, which has long remained a small fishing port. Fossil lovers will be interested in the shaped traces of shark teeth on the rocks.

Discovery of Sarasota which is too often forgotten by tourists... And yet! The sand of the beaches is brightly white, the tropical plants are lush and the colour of the Gulf of Mexico water is an Intense blue.
The city is also a major cultural capital that strives to highlight its assets... Longboat Key is focused on luxury and leisure; Lido and Saint Armands Keys hosts exotic shops; Siesta Key is a huge white sand beach...

Discovery of Saint Petersburg, which is considered as the capital of the sun with an average temperature of 23 °C and a bright sun in about 361 days a year. The Guinness Records Book cited Saint Petersburg as the city with most consecutive sunshine, with a 768-day performance from February 9, 1967 to March 17, 1969.

From Saint Petersburg to the north, you arrive in Clearwater, a charming seaside resort. It is easy to get lost because the districts are hilly and the bay is present on both sides. The city is also known to be the seat of the fearsome and powerful Scientologists. Continue your road and spend the night at Tampa, which owes its name ot an Indian word that means: brushwood to start fire. Very different from its neighbours, the city is larger than its neighbours and have a larger population. It is one of the largest cities in the State. Dinner in the Ybor City district, the charming historic centre of Tampa, formerly occupied by the Cuban refugees, and which looks like a small Antilles city.

Continue your ascent to the north with a stop in Tarpon Springs which takes you to a typical Greek small village of fishermen whose heritage has been preserved through religion, music and food. Going north, and equidistant from Orlando or Tampa, Ocala is a small town on the the I75. The historic centre consists of Victorian-style houses. Marion's county, named Ocala, is famous for its race horses, seven of which were the winners of the famous Derby in Kentucky. More than a thousand horses are bred in the county farms, some of them can be visited. But you will spend the night in Gainesville, a small haven of peace, full of riches and yet not popular with tourists. In the north-eastern part of the city, buildings dating from 1880 to 1930 are listed as Historical Monuments.

In Gainesville, the Florida Museum of Natural History is worth alone a stopover in the city. Marked walks are numerous and allow you to fully enjoy the fauna and flora of the region. The next visit is in Tallahassee. The lush vegetation, waterfalls and hills of north-western Florida will make you quickly forget the marshes of the south. In this peaceful region of Panhandle. Tallahassee is also the capital of Florida.

The next day, you will be so exhausted that a break on the beach is a must. Panama City Beach, with emerald reflections and its fine sandy beaches bordering the Gulf of Mexico over miles, is often classified among the most beautiful beaches in the United States. This is the ideal stop.

You can go to the western end of the state of Florida, in Pensacola which does not often welcome Francophone visitors... we wish they won't make a trip there! Yet the city is worth a detour for its bright white sand beaches, its historic neighbourhoods, its naval base and its elite pilots, the Blue Angels.

It will take you a day to switch on the east coast... and arrive at Fernandina Beach, a charming seaside town, the shrimp's capital, which still bears mark of its Victorian past and quiet. You can make a break to the nearby Georgia.

Discovery of Jacksonville, the 15th American city in terms of population and the first as far as area is concerned. Its 70 000-seat stadium, the Gator Bowl, is famous nationwide. But, above all, Jacksonville has an extremely dense historical legacy. You will choose a Saint Augustine to spend the night where everything is oriented towards the reception of American visitors looking for their roots. Artists and skilled artisan are numerous and the historic districts become pedestrian ones.

Daytona Beach is an absolute must, renowned for its Formula 1 global circuit and as the NASCAR circuit. In addition to its long sandy beaches, many other points of interest will attract Florida lovers: Ocean Center, Boardwalk, Brandshell, Clocktower Plaza and Main Street, its shops and restaurants.

As the Soviets kept their space bases secret, the Americans made them famous. The actions that stunned the world were undertook here, as the first steps of man on the moon whose images were broadcast till Sahara, made Cape Canaveral an almost more known place than New York or Washington. The enthusiasts who dream of visiting the Kennedy Space Center, the holy place of the space travel, will want to spend at least a night in the Cape Canaveral area.

Discovery of the Disney universe and the first park: the Magic Kingdom. If you know that of Paris, you will need a day to discover the attractions missing in your list and enjoy the general ambience. Don't miss the Parade, which is completely different from that of Paris.

Discover Universal Studios and its first park. A must for Men in Black and Terminator which suddenly became a fashionable place. Spend the evening in the Universal City Walk by going to a cinema or a concert in the giant arena of Hard Rock Café.

You'll end up with the most amazing attractions of all Orlando in Island of Adventure (Universal). Don't miss the Park's sensational attraction for its incredible special effects, namely The Wizarding World of Harry Potter.

If you survive the Incredible Hulk or Duelling Dragon, you can catch your next plane while being still full of so many sensations...

Passage through Lake Okeechobee, the third largest freshwater lake in the United States with an area of 1 810 km². It stretches over a width of 50 km and a length of 55 km. Even though it is surrounded by traffic routes, it remains a very sparsely inhabited area. Vpalm beach irina

You will arrive in the evening at Palm Beach renowned for its sumptuous residences and for its many Rolls Royce, Ferrari or Aston Martin visible at all corners of the streets.

After a quick discovery, you're going to Fort Lauderdale, mostly frequented by couples who want to spend a peaceful holiday far away from the hustle and bustle. The city will get more your interest for its aquatic activities than for its museums, outside the Cap House Museum, which is worth a visit between two swims.

Everything here actually based on sport and nature. Along the beach, enthusiasts will find a multitude of sports complexes where they can practise sailing, jet-skiing, diving...

An additional day in Miami is required to discover Little Havana and Calle Ocho. Night in South Beach.

Day 22 : Discovery of the Everglades

You can enjoy the Everglades and get down to Flamingo to spend the night there... You will enjoy the ecosystem the next day at sunrise.

Arrived at Key Largo, you are in Keys and in the world capital of diving. After the first bridge, the "surprise" lake tempts you and an alarming sign tells you crocodile crossing. As it is one of the biggest Keys, you won't really feel like being on an island. The sea or ocean front is not always nearby, but already the diving equipment owners or watersport  service providers are waiting for you: Key Largo has two of the largest natural reserves for diving.

The next day, you arrive in Islamorada, the world capital of sport fishing. The main activity of the 8 300 inhabitants of this Key is fishing. Wherever you look at, you can see boats and large boats, fishermen and fish. But you will spend the night at Marathon Key, the island that is at the heart of Keys. It owes its name to an employee in the construction of the Seven Mile Bridge who exclaimed: " But it's a marathon! "

Discovery of Big Pine Key and the Natural park, the Key Deer Refuge, which serves as sanctuary to a native miniature deer species of Keys. You will also see Blue Hole, where affected are not nightmares of handbags, and also home to freshwater turtles. Beyond the refuge, Watson's Hammock forest is planted with ironwood trees and tropical plants. Arrived in Key West at last to spend the evening and celebrate it because it is the most festive of the Keys.

Rent a bike or scooter to enjoy the streets of the island, its lush vegetation and Caribbean houses. You can also join a Jet-Ski group to take the entire tour of the island or take you to the bay. There are many visits to make on the ground! Anyway, you have to attend the sunset on Mallory Square, then go to Sloppy Joes or 801 Bourbon (drag-queens shows) bar.

We suggest you leave by floatplane to discover Fort Jefferson and snorkel a little, or by go to National park of Dry Tortugas to discover the fauna and flora of Florida. At the end of the day, go to Miami by enjoying attractions of the southern Miami. In the evening, promenade on Ocean Drive and last outing.

After a last walk in the Art Deco neighbourhoods of SoBe, you fly to Europe and you will arrive the next morning. You might have had to remove a few stages... but Florida has so much to offer you!